Your Father is Waiting With Open Arms

On behalf of the congregation, Murray thanked Pastor 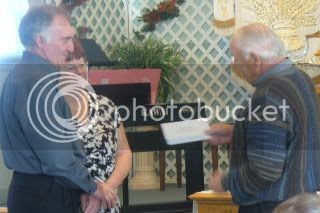 Lorne and Dianne for their faithful service.

Maurice Giroux delivered the message so Pastor Lorne could sit in the pew, relax and enjoy a much deserved day off.

Maurice started by thanking Pastor Lorne for giving him the opportunity to spread his wings. He said we were sort of his guinea pigs. (laughter)
He said we may have guessed from the Scripture reading that today’s message was on the parable of the Prodigal Son. Here is Maurice’s message:

Luke chapter 15 has a theme of lost things. There’s the story of the lost sheep, the lost coin, and the lost son, more commonly known as the Prodigal Son.

Luke 15:1 and 2 says, ‘Now the tax collectors and "sinners" were all gathering around to hear him. But the Pharisees and the teachers of the law muttered, "This man welcomes sinners and eats with them."

That really bothered the Pharisees. As far as they were concerned, they could tell a lot from an individual from the company that person kept. The Pharisees considered tax collectors to be religiously unclean, disloyal, dishonest and disreputable. As agents working for the Roman Emperor, they were equal to pariah. But the Pharisees considered themselves to be very diligent observers of the law. As religious leaders, they claimed to know God and were offended by the kind of people Jesus attracted.

It is precisely these types of people Jesus wants to address. He tells these 3 parables in an attempt for the Pharisees to see themselves in these stories by metaphorically putting a mirror before them.

The Pharisees, in fact, know far less about themselves and God than they really think they do. I want to focus mainly on the 3rd story Jesus tells the Pharisees: The Story of the Prodigal Son. The previous 2 stories of the Lost Sheep and the Lost Coin cannot even be compared to the anguish of a parent’s heart when a child goes missing. And a very different yet real panic when a grown child wanders morally or spiritually.

So, we get back to the story of the prodigal son asking his father for his share of his inheritance. Some experts in Middle Eastern culture said the young man is really expressing a wish for his father to die. A father could initiate a discussion about inheritance, but never a son. No doubt a tense discussion would have taken place—each one producing reasons and arguments to back up his wishes. The father finally relented and agreed to divide his estate. Two thirds going to the older brother and one third to the younger one, as was required of Jewish law up to that date.

And so, the younger son leaves home determined to be totally independent. His intention at that point was to cut all ties with his family and past. When the reference to a distant country is made, it can only mean Gentile country characterized by pagan values. The story goes on to say 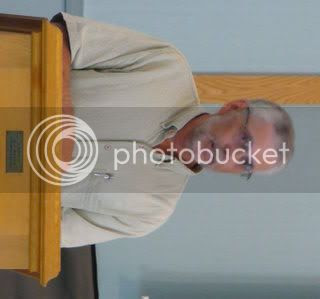 that he squandered his wealth on wild living. He might have been living a fairytale life but his real life choices brought consequences. Furthermore, bad choices usually bring bad consequences. His money runs out and the reality of real life drives him to desperation. By now he’s hungry and he’s willing to hire himself out to work on a hog farm.

Can you see the irony here? Jewish law forbids him to eat pork, yet here he is willing to eat anything put out for the pigs and even compete with them for something to eat.

But Jesus is the one telling the story and he’s only half done telling it. He tells the second half of the story in such a way because he wants the Pharisees to see themselves in the older son who stayed home. And to see the parallel that the father represents Almighty God – The Father.

So, we pick up the story of the young man competing with the pigs for some food to put in his empty stomach. The story says the son does come to his senses. He was beginning to understand the glories of his father’s house. He desperately wanted to be back home even if he had to be a hired servant. In his heart of hearts, he knew he could claim nothing more. And, he was okay with that. He knew he was going to be talked about, criticized, and made fun of by the local community. But, if that was the price, he was more than willing to pay it.

But, we know from the story that this father is no ordinary figure who disowned his son and shoved him out of his heart because when the boy is a long way off, the father sees him coming home. This is where the story takes a sharp turn. The Pharisees are not ready for this part – nor do they agree with it.

Here is a father who is not only willing to receive his son, he has been looking for him. He runs down the road to greet him: he has a special robe for him, a ring for his finger, and sandals for his feet. ‘Bring the fattened calf’ he said for this is indeed a special occasion ‘For this son of mine was dead and is alive again; he was lost and is found.' (v23,24)

The Pharisees really had a problem with this part of the story. This boy should not win his father’s approval so easily. And it would be reasonable for this boy to do a period of penance before any celebration should take place. But as Jesus tells the story, the father is God the Father and he just painted a word picture describing grace. God celebrates over the child who has come to life. He doesn’t just accept the prodigal son, he rejoices with him. This is a god the Pharisees do not know.

Quite often, the story ends here, but there’s another character in the story you don’t often hear too much about and that’s the older son. He’s out working in the field and when his workday comes to an end and he heads back home, he hears music and dancing. After asking a servant, he finds out his younger brother is back home, safe and sound. He becomes quite angered. His father comes out to plead with him to join in the celebration, but he absolutely refuses. This older son has a duty here as a special occasion and that is to act as his father’s special assistant as a co-host but he has no intention of playing such a role. He makes it quite clear he disapproves of his father’s actions. In a nutshell, this son would rather not have the fellowship with his father than accept his father’s treatment of his younger brother.

This is how it’s revealed in the story: The Pharisees would not have fellowship with Jesus because of his treatment to people the Pharisees considered to be lowlife. By taking this approach, they were putting themselves outside the Father’s house.

I just want to read to you a brief passage from a book that really gave a lot of insights to this whole story. It’s by Gary Inrig:

'But there was a fascinating omission in the story – there is no ending. Did the older brother enter or not? We are not told because that is precisely the issue the Lord set before the Pharisees. And, before us. To reject the Father’s gracious treatment of the most unworthy of Him is to deceive ourselves about our need for grace and to forfeit the fellowship with God that is based on grace alone.

As long as the Pharisees stayed angry at the grace shown to sinners, they stood outside the Father’s house.

The awful possibility is that we too can be in the Father’s field as servants but not really in His house as sons or that we daughters. We may be moral and respectable, but because we have never truly known the Father, who is loving, gracious and welcoming, we are like the older brother. To such, the Father’s appeal is, ‘Come in’.

Or, we may be in a far country, scattering the resources to which He is ultimately the giver. Perhaps the money has run out, the famine has come in, and we have reached the pig pen. We despair of ever being accepted in the Father’s house. To all such, the Lord’s story shouts, ‘Come home’.

The bottom line is this – what we know of God is seeing in how we view ourselves as lost and how we view others as lost.

If you'd like to speak to Maurice about this topic, please email.

Who is Jesus? Find answers at: http://www.who-jesus-is.com/
-
Posted by Anita, a member of Church on the Hill at 8:34 PM

it was actually Sunday the 9th not the 12th.

I started working on this post on the 12th and I guess it was just on my mind. 8-)

I've made the change.

Have a God day!