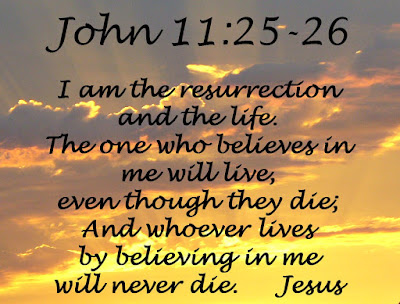 Posted by Anita, a member of Church on the Hill at 10:58 AM No comments: 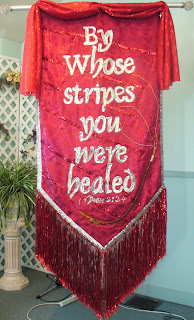 Pastor Lorne started the Palm Sunday service by thanking Kathy for another inspiring banner. He said visitors to the church always pay compliments for our banners and our church is becoming known for them. So, thank you to Kathy for all her hard work. The church is blessed with their presence.

Pastor Lorne said he wasn’t sure how it was back in Jesus’ time, but for us from now until Easter, we celebrate His triumphant entry on Palm Sunday. We remember how He gave His life for us on Good Friday, and then Holy Week climaxes with the joyful day of Easter when we proclaim Christ has risen from the dead. All those important dates to our culture, our faith and the whole basis for what we believe.

Pastor Lorne said he wanted to take a few minutes and talk about Jesus’ triumphant entry. In His life, He had high points with great flocks of people following Him everywhere. At times during his ministry, He would say He couldn’t do many miracles due to unbelief, ridicule, and the religious leaders who tried to engage Him in debates to make Him look foolish. At times, He had to slip through the crowd so He wouldn’t be caught and killed.

A high point of Palm Sunday for the people who followed Jesus was that it gave them a glimpse of the future. Pastor Lorne said they’ve been following Revelations in the Bible study and it parallels the Easter story.

In Matt 21:1-11, as Jesus rode through Jerusalem, the people threw their coats and palm branches on the road. Some went ahead and some followed shouting Hosanna, Hosanna in the highest!

Pastor Lorne said the word Hosana has a couple of meanings:
-the real literal meaning is ‘Lord save us’.
-but it also means a word of praise and worship to God

So as these people were following Jesus and shouting, they were saying Lord save us and praise the lord. This procession was going through the city and it was a real uproar. In Regina, you probably wouldn’t even notice due to the traffic and everyone inside with their furnace or air conditioning units on depending on the season, but back then, everyone was outside. There were no trucks or buses to hide the sound. Everyone could hear the shouts of the people and they must’ve wondered who was causing it all. The crowds were so happy saying, “This is Jesus, the prophet from Galilee.” Matt 21:11

While the procession went along, hope was rising in the people of Israel. They were living under the roman thumb of rule. They were looking for someone to deliver them. Prophets had said God would send someone and deliver them from all their troubles and problems. From the tyranny of Rome. For a few brief hours, they had this hope of a Messiah taking them away for the problems of other countries running all over them and tearing down their temples.

Can you just picture it? Pastor Lorne said he’s seen movies and pictures on this but do you know it was kind of short lived, wasn’t it? It wasn’t too long before those people who were happy with Jesus turned their back on Him because He didn’t do for them what they expected of Him. They wanted someone to reign with all authority.

It is coming. According to the book of Revelations, Christ will rule and reign with total authority. But on Palm Sunday, so long ago, we see that Jesus came with a donkey, quietly and in peace with people praising and worshiping Him.

Jesus also came humbly. Pastor Lorne said he has 3 donkeys at their place and there’s a big difference between horses and donkeys. When a horse is happy, his head is up and he’s prancing around. Donkeys chug along, big eared and even handling them is humbling. He said it’s good because of the way they walk. Jesus came like the donkey although not quite such a big stride. As one bringing peace humbly, before the people of the day.

Jesus first came humbly and triumphant. But Rev 19:11-14 shows the difference when Jesus comes in the future. He’s coming with a white horse and a whole bunch of different crowns. Following behind Him are angels also riding white horses. Jesus destroyed and defeated his enemies with the sword of his mouth. It finally came to pass. The fact that Jesus ruled and reigned in absolute authority. It was a time peace. No wars because Jesus was there. (Rev 20)

Zacheriah 9:8 is prophesying about a Messiah coming forth in a triumphant entry riding on a donkey. And it’s speaking of a Messiah who will rule until the end of time.

It’s exciting to see how God’s word was fulfilled totally and completely. The 2nd part is still coming. As we read and celebrate his triumphant entry, it gives us just a brief glimpse. Pastor Lorne said he was so glad he was privileged to know about this and made the personal commitment to allow Christ into his life. When Christ comes back if we’still here, we’ll go with Him and if we’ve passed on, we’ll meet him in the air as He’s gathering His children.

So as we go through this Holy Week, Pastor Lorne wanted us to know that even though Jesus was beaten, ridiculed, called a friend of the sinners, and ate with people of ill repute which angered many people, He is the triumphant King of Kings. We read all the wonderful things He did. It’s a privilege we can have a personal relationship with Him. God loves each one of you and He will bring to pass His word.

There’s coming a day when we will be with Jesus and this march into Jerusaem will not compare to Him in glory. That’s the glorious hope we have.

Jesus is triumphant! He is going to win.

We will win in the end because of what Jesus proclaimed.

Pastor Lorne said in this Holy Week, as he studied these things, he could see the human part of Jesus coming out. In the Garden of Gethsemane (Mark 14:36) Jesus says, ‘Abba Father," He said, "everything is possible for you. Take this cup from me. Yet not what I will, but what you will."

We have some real hard things we have to go through. We say we don’t want to do this, or we don’t have to put up with that. We just want someone to take our troubles away. Jesus also prayed this but He also prayed for God’s will to be done and then He went right to the cross.

Pastor Lorne said he trusts during this week, you’ll turn your mind to what Jesus has done for you and me. The scriptures say by His stripes you are healed.

Easter is a celebration of Jesus’ sacrifice for us. We have the right to come before God because of Jesus and ask for help with the needs in our lives and the healing in our bodies. Hosanna!
Posted by Anita, a member of Church on the Hill at 1:24 PM No comments: