In just over a month, 3 members of Church on the Hill Youth group (COTHY) will be heading off on their Street Invaders' mission trips:


COTHY has been working hard fundraising for these trips. A couple weeks ago, they hosted an after church lunch which was very well received: 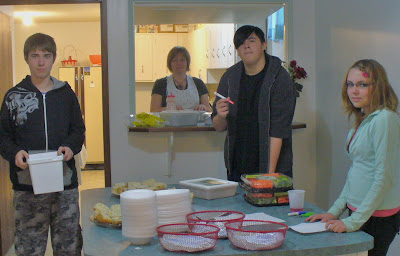 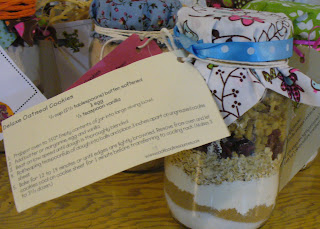 A new item this year are the Cookie Mixes. All the dry ingredients for the Cookies come in a quart size jar. A gift tag listing the non-dry ingredients and the instructions is included. These jars can be custom-made. 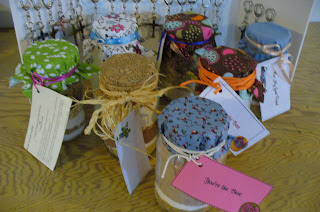 Detailed info on the Cross necklaces and keychains are located here. 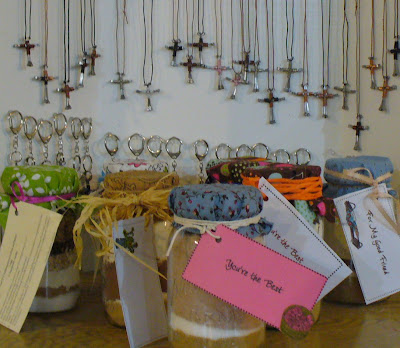 Please contact Noelle or any member of COTHY if you are interested in any of these items. Or you could email.

COTHY appreciates your support. Thank you.
Posted by Anita, a member of Church on the Hill at 8:08 PM No comments:

We were blessed to see Mayo and her mom, Junko, as well as Mike Zorn, in church last Sunday. 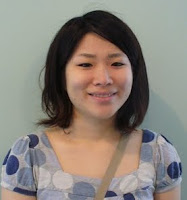 The week before, Mayo flew to Vancouver to meet her mom's plane from Japan. Junko was in Canada to watch Mayo's graduation celebration on June 3rd in Winnipeg after 4 yrs of studying architecture at the University of Manitoba. Mayo and Junko are now touring Eastern Canada and will fly back to Japan on Tues, June 8th where Mayo will look for a job as an apprentice architect. Please remember Mayo in your prayers as she beings this new chapter of her life.


When Pastor Lorne saw Mike Zorn enter the church, he asked him to give us an update of the Kipling Youth Centre.

Mike said, for the last 4 yrs, he's been running the Youth for Christ Youth Centre in Kipling as a one man show. But in the last couple months, people have come forward to help him. Mike said it made him realize we’re not meant to plug away by ourselves. So much more can be accomplished with more people than what Mike can do on his own.

Here are Mike’s current projects:
- Developing a Girls’ ministry
- Trying to spruce up the centre so it’s “not so much a dump”
- Creating a Food Bank in the back of the building
- getting ready for an Open House at the end of June

As well, the Kipling Youth Centre is planning a Walkathon from Windthorst to Kipling for Sept. The Walk will raise awareness to the fact that over a billion people in the world don’t have clean drinking water. All money raised from the walkathon will go toward drilling fresh water wells where needed. The Walkathon goal is to raise $10,000.

And if that isn’t enough to keep him busy, Mike will be going to Australia in July with Noelle and the Street Invaders Team.
Posted by Anita, a member of Church on the Hill at 2:40 PM No comments: