On Monday, Dec 22nd, Church on the Hill presented a play called, It's A Boy.


The story involved many members of our church including the children from Sunday School, the Youth Group and other adult members of the congregation. 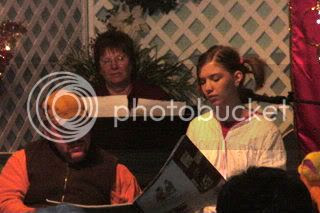 It started with a young girl asking her father to read the Christmas story: 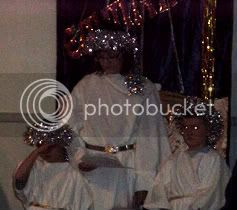 Angels announced the coming of the Saviour as a small child in Bethlehem. 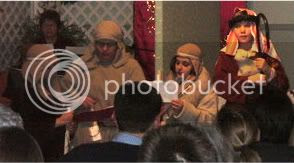 Shepherds were watching over their flocks when a heavenly host of angels appeared and told them of the birth of Jesus. 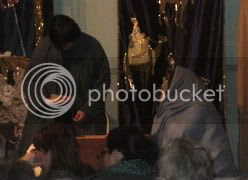 Mary and Joseph laid the baby Jesus in a manger in swaddling clothes. 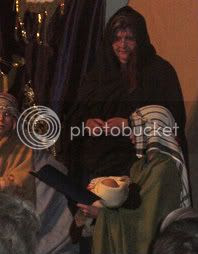 At this point in the play, a Biblical teacher and her students speculate on whether the young Mary would have allowed her precious baby to be held by the shepherds and others who visited him. 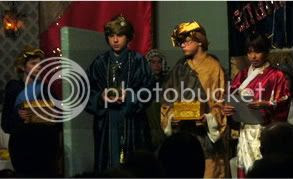 A young girl in Japanese costume heralds the arrival of the 3 Kings, also known as Wisemen, from the East. 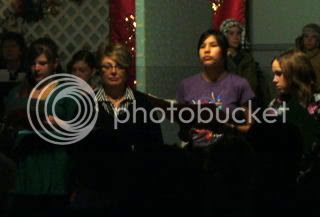 The play continued with readings as represented by a modern day teacher an her students... 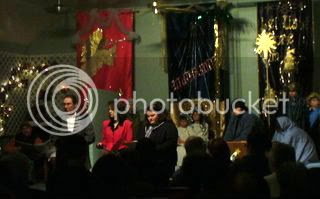 ...as well as by adult members of our congregation.


The complete cast of It's A Boy:

Posted by Anita, a member of Church on the Hill at 1:48 AM