You Have Great Power in Prayer 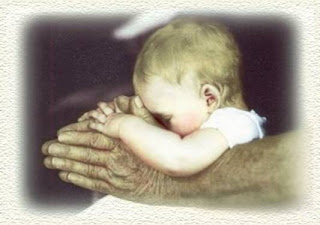 at other people think of you and how important you are whether in your family or community, when you get alone and you start to pray, and call upon God, you become very, very powerful because, you are calling upon God the creator of heaven and earth. You’re talking to Him and maybe you’re asking Him to do something or touch some person’s life, maybe to help them in a situation, or bring someone to the Lord, and you may think you’re not very influential, but when you’re down on your knees before the Lord or in whatever position you chose to pray in, Pastor Lorne believes you become very, very strong. He said he doesn’t think we can even describe the strength you have when you pray.

Pastor Lorne said he wanted to tell us what the teaching of Jesus says about praying:

Luke 18:1-8 1Then Jesus told his disciples a parable to show them that they should always pray and not give up. 2He said: "In a certain town there was a judge who neither feared God nor cared about men. 3And there was a widow in that town who kept coming to him with the plea, 'Grant me justice against my adversary. 4"For some time he refused. But finally he said to himself, 'Even though I don't fear God or care about men, 5yet because this widow keeps bothering me, I will see that she gets justice, so that she won't eventually wear me out with her coming!' " 6And the Lord said, "Listen to what the unjust judge says. 7And will not God bring about justice for his chosen ones, who cry out to him day and night? Will he keep putting them off? 8I tell you, he will see that they get justice, and quickly. However, when the Son of Man comes, will he find faith on the earth?"

You’ve heard how the squeaky wheel gets the grease, or the crying baby gets the milk. This is almost like what He’s teaching us here. The judge in the story has this woman coming and bothering and bothering him and he says he’s just going to listen to her story and look after her situation. And Jesus said, how much more will your heavenly Father who loves you, who cares for you, who sent his own Son to give His life for you – how much more will He hear you and answer your prayer on your behalf. So we know, if we cry out to Him, He will hear. And sometimes we wonder when that answer’s going to come, but He does answer and he does hear all of our prayers.

Pastor Lorne said he was wondering when people first started praying. He said the first time he knows of it in the Bible is in Gen 4:26 'Seth also had a son, and he named him Enosh. At that time men began to call on the name of the LORD.’ And that is the first time in the Bible that people prayed. From that day until now, people are calling out to God. Some call out because they love and care about Him. Some call out because He’s their last hope. But, it’s still going on and it will go on until the day the Lord comes back and gathers His children to Himself. And then because we are with Him in all the glories of heaven, we won’t need to pray anymore. It almost sounds too good to be true, but everything will be perfect. God’s going to take a big hankie and wipe our tears and all our sorrows will be gone. And we will stand in the presence of the Lord. But until then, the human race needs to pray. We need help. We need to bring our troubles before the Lord.

Then in Luke 18:9-14, we find ‘To some who were confident of their own righteousness and looked down on everybody else, Jesus told this parable:’ Pastor Lorne said it’s a well known parable but for some reason when he was reading it this time, verse 9 caught his eye. The parable is the one of the 2 men who went up to the temple to pray. One man was a Pharisee and the other guy was a tax collector. The Pharisee prayed about himself. He said, ‘God I thank you that I am not like other men – robbers, evil-doers, adulterers. Or even like this guy.’ And he looked at the other guy. Talk about being confident and self-righteous. The tax collector wouldn’t even lift his eyes up. He stood with head bowed and said, ‘God have mercy on me, a sinner’. And Jesus answered in ‘I tell you that this man, rather than the other, went home justified before God.

So we see in that scripture, he just called upon God. He didn’t lift up all his deeds and good stuff. That really doesn’t impress God very much. Pastor Lorne said he remembers Shania Twain singing a country song, ‘That Don’t Impress Me Much’. And he wonders if sometimes God says that as we list all our good stuff.

But this man in the parable just came before God and said, Lord be merciful. And Pastor Lorne said he believes that if we come before God with that kind of a heart and that approach, them

God will have mercy on us. And God will hear our call as we cry out to Him.

Pastor Lorne thinks of the man Jonah (Jonah 1-2) who was in the whale’s belly for 3 days. He said when he gets to heaven, he’s going to find Jonah and talk to him about that. How he spent 3 days inside there. Oh man! When he came out he must’ve been as white as a sheet and bleached from all those digestive juices in that whale’s belly. But the Bible tells us that after awhile, Johah cried out to God and the whale hiccupped and out he came and lived to tell about it.

There are people in heaven whom it would be great to sit and talk about their experiences, but that time will come.

Another scripture that talks about prayer is Matt 19:13 ‘Then little children were brought to Jesus for him to place his hands on them and pray for them.’ But the disciples rebuked those who brought them. Jesus said, "Let the little children come to me, and do not hinder them, for the kingdom of heaven belongs to such as these." When He had placed His hands on them, He went on from there. ‘ Pastor Lorne said he just wanted to briefly share that as he sees in scripture, Jesus took time to pray for little children. And as he looked over the children and grandchildren in the sanctuary, he finds t 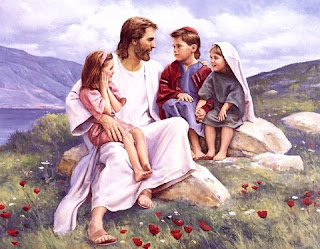 hat you never finish being a parent. He said he used to think after high school graduation, it’s done and finished, but it doesn’t work that way. These little children came to Jesus and Jesus blessed them and laid His hands on them. The parents brought their children to Jesus. Mark 10:16 says ‘And He took the children in His arms, put His hands on them and blessed them.’

Pastor Lorne said he encourages you in your prayer life to pray for your children and grandchildren, nieces and nephews as well as your neighbors’ children. Just lift them up before the Lord and pray for them or anyone else the Lords lays upon your heart. He said Jesus was upset when the disciples tried to send the kids away. The disciples thought Jesus was only concerned with the adults, but Jesus believed it was important for the little kids to know Him and be blessed by Him.

Pastor Lorne said he thinks about Paul writing to Timothy about the faith in his grandmother Lois and his mother Eunice and he imagines they prayed for Timothy because he became a person who loved the Lord and did good work for Him.

Matt 7:11 says, ‘If you, then, though you are evil, know how to give good gifts to your children, how much more will your Father in heaven give good gifts to those who ask him!’ In this story, Jesus is seeking and knocking and then He asks the people if they would give a stone if He asks for bread. Or if He asks for fish would they give Him a snake. And if they can give Him those things, then how much more will their Father in heaven give them.

Pastor Lorne said he wanted to leave us with the encouragement that when you pray, you have great strength, great power, and you can expect an answer becau 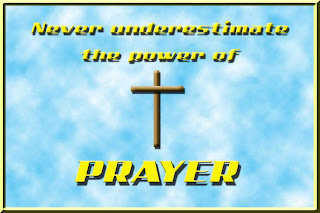 se when you pray, our heavenly father will give you good things. He will answer your prayers. He will not give something that is not good.

He encouraged you to develop prayer in your life. He said it’s good to have a Bible and gospel music, but you don’t need them to pray. You can pray while you’re driving down the road. You an pray while you’re working around the house or plowing the field. You can seek God and know that He hears and answers your prayer.

So take a few minutes every day, if you can, to seek Him and pray. And know that He will hear you and answer. Remember, you are really powerful when you pray and you can make things happen by your prayer and faith in God.

He said he supposed if he asked everyone in the congregation, they could give an example of answered prayer. It might a little thing that doesn’t’ matter to anyone else or a big thing that would cause our faith to rise but know that God answers prayer. So don’t sell yourself short. Realize that you have great power when you pray.
If you would like to speak to Pastor Lorne about this, please email .
Who is Jesus? Find answers at: http://www.who-jesus-is.com/
.
Posted by Anita, a member of Church on the Hill at 8:16 PM