We are the Boat Rowers 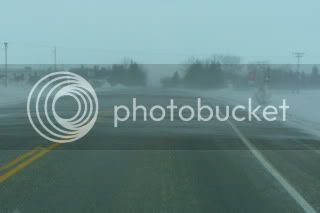 It was a blustery day on Sunday, with a temp of -34c, but a bunch of us braved the weather and headed to church. This photo was taken after church on Feb 17, on Hwy 48 just east of Montmartre.

Seems Pastor Lorne might’ve been under the weather a bit himself. He was smiling as usual, but his voice was a bit hoarse. His message was a continuation of Jesus’ miracles. Last week, his message had been about Peter getting out of the boat and walking on the water towards Jesus who was already walking on the waves.

This week, the message was about the rest of the men in the boat. The other disciples who stayed behind. The ones that didn’t feel the need to do something radical like Peter.

Pastor Lorne said the disciples in the boat were kind of like white water rafters. They have their oars in the water, trying to keep the boat/raft afloat, but the forces of nature aren’t giving them an easy time. They’re tipping this way and crashing that way in the frothy waves and their hearts are probably in their throats thinking they’re going to sink at any minute. With white water rafters, safety has been considered into every aspect of the adventure even though it looks uncontrolled. They are following a set path through the canyon, riding the current.

But what about the disciples? They were at the mercy of the wind and waves. But they had to keep the boat still and their fear was real!

Pastor Lorne brought out attention to Matt 14:32 which says, “when they climbed into the boat, the wind died down.” Who were ‘they’? Well, Jesus and Peter – the two men who were out walking on the water while the rest of the disciples were trying to keep the boat steady.

The wind dying down as Jesus climbed into the boat was an affirmation to the disciples that He was indeed the Son of God. (v33)

Pastor Lorne went on to say that the disciples in the boat played an important role in this miracle – they waited. Even though they were scared, they did their best to keep the boat stable and afloat.

Pastor Lorne said we need people in our lives to hold the boat steady. He referred us to Eph 6:13 – “...and after you have done everything, to stand.” The disciples were doing that – standing firm and waiting as best as they could.

We need to do everything we can and then stand firm and wait.

Pastor Lorne said every family, church, workplace and school, needs someone to stand firm and be the steady one. Someone with experience and strength to get you over the rough spots. Someone willing to row the boat and keep it stable. It takes many people to keep it solid and steady. 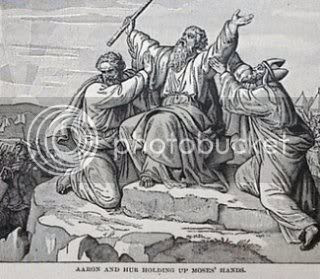 aelites fighting against the Amalekites: “When Moses' hands grew tired, they took a stone and put it under him and he sat on it. Aaron and Hur held his hands up—one on one side, one on the other—so that his hands remained steady till sunset.” (Exodus 17:8-13) In this case, Aaron and Hur were the rowers of the boat – it was their job to stand firm and wait.

So even if you’ve never walked on water or told a great testimony, you’ve still rowed the boat!
The reward for the disciples who kept the boat steady was the end of the storm.

Pastor Lorne wanted us to know that we are all important. We are the boat rowers. We count for so much because we’re the ones that keep the boat steady. God will keep His hand upon us to keep the boat straight. He’s using us to bring help and stability to others. All we have to do is keep the boat steady and provide a safe place for someone who needs refuge.
If you would like to speak to Pastor Lorne, check out his info at the bottom of the right column. Your comments are welcome on this or any other post.
Posted by Anita, a member of Church on the Hill at 7:39 PM

Hi Anitta,
Well its Friday afternoon and I thought I'd better check "News from the Pews" since we were in Saskatoon last weekend and missed pastor Lorne's message .Needless to say 45min. later after absorbing all the wonderful info ,lessons and pictures etc. I thought wow! that was great stuff.If someone would have told me 10 years ago I would be using a P.C. for this kind of info I would have said "not in Your Life".I now stand proven wrong once again , keep up the great work and very professionally I might add, now if I followed your instructions you should receive this blog.Karen H.

Yes, Karen, you did great!
You expressed the main reason for me starting this blog - so that the people who miss church or the sunday school teachers who work through it - will still be able to hear whatever message God has impressed upon Pastor Lorne to give us.
Now, according to Noelle, next time instead of clicking anonymous, if you click on Name/URL, you should be able to type your name without adding it to your comment.
Thanks for the kind words. Hope to see you next Sunday!

What a wonderful sermon! And you did a great job of sharing it, too, Anita Mae! :-) What a blessing. Thanks! You can tell Pastor Lorne that his message is reaching past the border and down into the States!

Thanks Hope. Pastor Lorne is a blessing to us. I'll pass on your msg.
Will you be at the ACFW conf in Sept? Maybe we can bring you up here for a concert? I know it's a stretch, but everything's possible with the Lord.

It's great to see that more people are commenting on the blog now. I love it! Anita you do a great job of summarizing the sermons. Ever thought of working for Cole's notes? haha

Hey Noelle, thanks but I gotta give the glory to the Lord because I know His hands are on the keyboard when I'm doing it.
Sometimes I think I make Pastor Lorne nervous when I'm taking my notes but then I've always taken notes. I have 2 notebooks full from before. :)